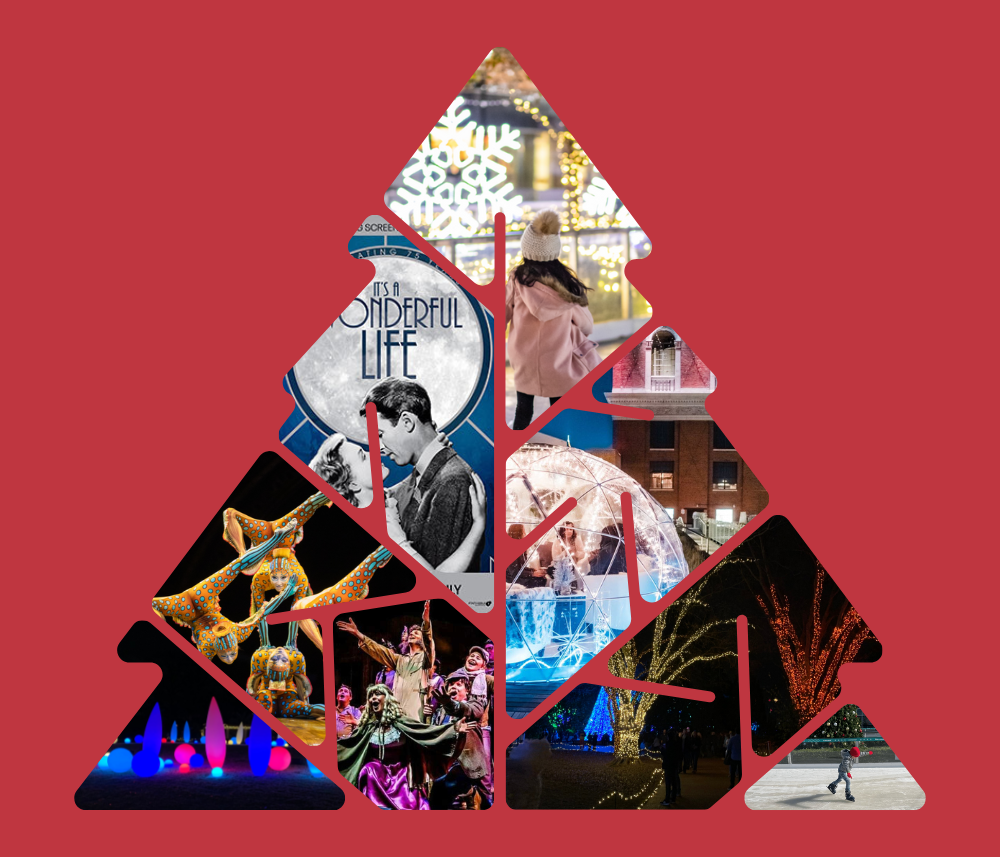 The season has begun! At Modify, we love to celebrate. We want to invite you to join us in some of our favorite family traditions. If you want to get into the spirit, you are sure to find something on this list that you and your loved ones will enjoy.

Jack loves a story, be it one to make you laugh or one to touch your heart. Two favorite holiday theatre events are both Christmas Carol related! The classic and exceptional performance of the Christmas Carol at the Alliance Theatre’s Coca Cola Stage is the simply the best adaptation we have ever seen. Amazing costumes and sets will transport you to the streets of London to revisit the timeless redemption story of Ebenezer Scrooge, told with beautiful live music and an all-star cast. On the opposite end of the scale, the “not-so-classic” Dad’s Garage will have you laughing with a “mostly” accurate story portrayal of Charles Dickens’ A Christmas Carol. The actors will do their best to keep true to the story once a surprise “invader” character appears with a goal to thwart the storyline! Past invaders have included the Harlem Globetrotters and Young Frankenstein. 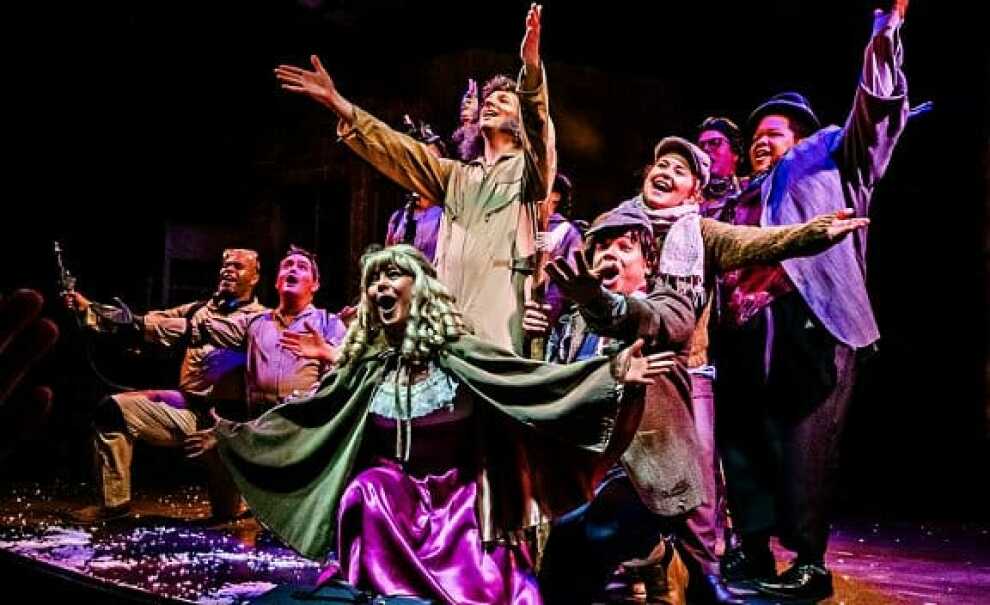 Holiday lights are always a treat for the Mattern family. Julia loves them all! Rarely has a year passed that we haven’t walked through the Atlanta Botanical Garden’s “Garden Lights, Holiday Nights.” While it may be the most well attended light show in Atlanta (get your tickets early), we also love some hidden gems! Pack your hot cocoa and whipped cream for these special treats. “Lights of Life” at nearby Life University is a $10 per car entry fee; a bargain for the show. If you are game to get out and explore, there’s a petting zoo, pony rides, and even a train for the kiddos. Of course, there are events close by worth a trek. Callaway Garden’s “Fantasy in Lights” has 2500 acres of lights and activities. Named one of one of National Geographic’s Top 10 Light Displays in the World, it’s worth the drive. Once you get there, take a trolley, go for a stroll, or drive through in your own vehicle. Athens boasts the “Winter Wonderlights” at the State Botanical Garden – a one half mile fully accessible walking trail with a stop in route for roasting s’mores over an open fire or grabbing some hot chocolate.

Kate’s family will be continuing their tradition of a one-day holiday extravaganza. We start the day with “Skate the Station” at Atlanta Station. The kids love to spin around the rink. After energy is expended and some warmth and comfy seats are called for, watching “It’s a Wonderful Life” is a perfect solution (this year is the 75th anniversary of the film)! We will head just a few steps over for the movie at the Regal in Atlantic Station. After that it’s off to the Marriott for their staycation night – an indoor pool is a must-have to let the kids swim and burn off all the sugar from the treats all day. 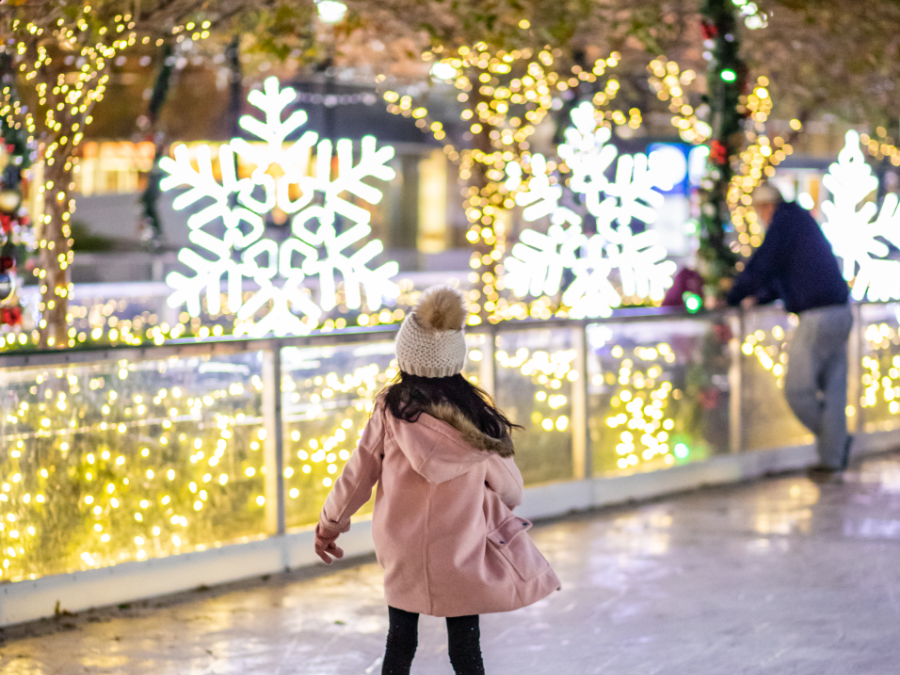 Chloe and her family will be spending time at Ponce City Market. “Skate the Sky” not only offers skating with a view, but also cozy, private igloos that can seat up to six guests. The igloo reservations include a dedicated server, skate rentals with 50 minutes of skate time, and unlimited games and rides at Skyline Park. Afterwards they will be heading down to ground level to shop the Tree Market for garlands, wreaths, and trees (open through December 19th). 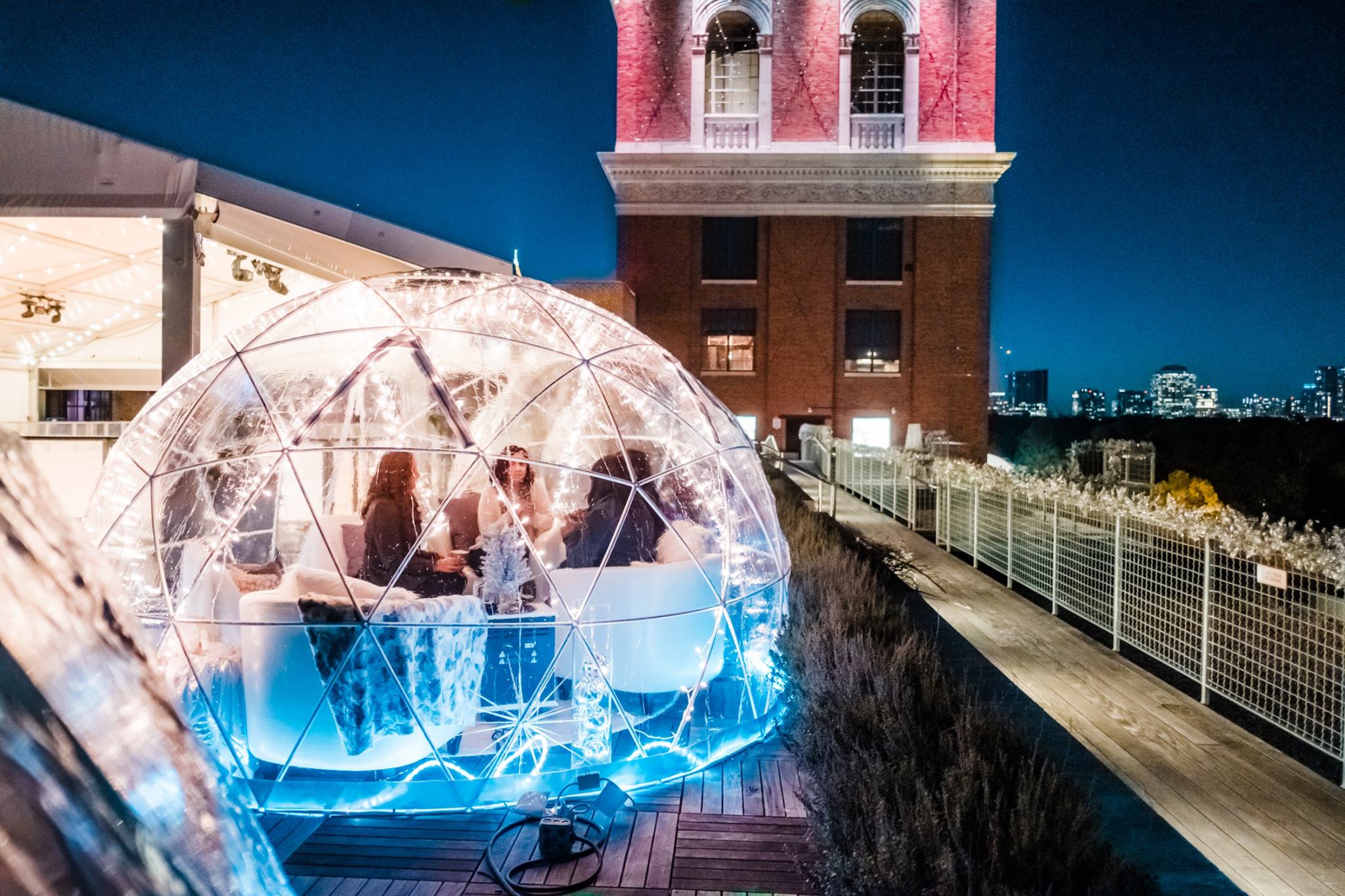 Also, a must-see for the Burtons is Christmas with the Georgia Boy Choir at Peachtree Road United Methodist —every year the boys sing Twelve Days of Christmas with audience participation! Each section of the church has their own part to play! Accompanied by a full orchestra and The Great Organ of Peachtree Road United Methodist Church this Christmas spectacular is sure to fill you and your family with cheer! Two nights only – so get your tickets early!

While Jake’s favorite holiday tradition is spending time with his family at his grandmother’s house (cue sentimental music), he still loves some entertainment! While the shows change from year to year, Cirque du Soliel is still a December favorite. This year’s “Kurios” (Cabinet of Curiousities) tells the story of an ambitious inventor who defies the laws of time, space and dimension in order to reinvent everything around him. In a moment, the visible becomes invisible, perspectives are transformed, and the world is literally turned upside down! Learn to close your eyes so you can see below the surface in this amazing acrobatic story-telling performance!

MODIFY THE STORY OF MODIFY